Can mushrooms break down plastic? Yes, here’s how it works 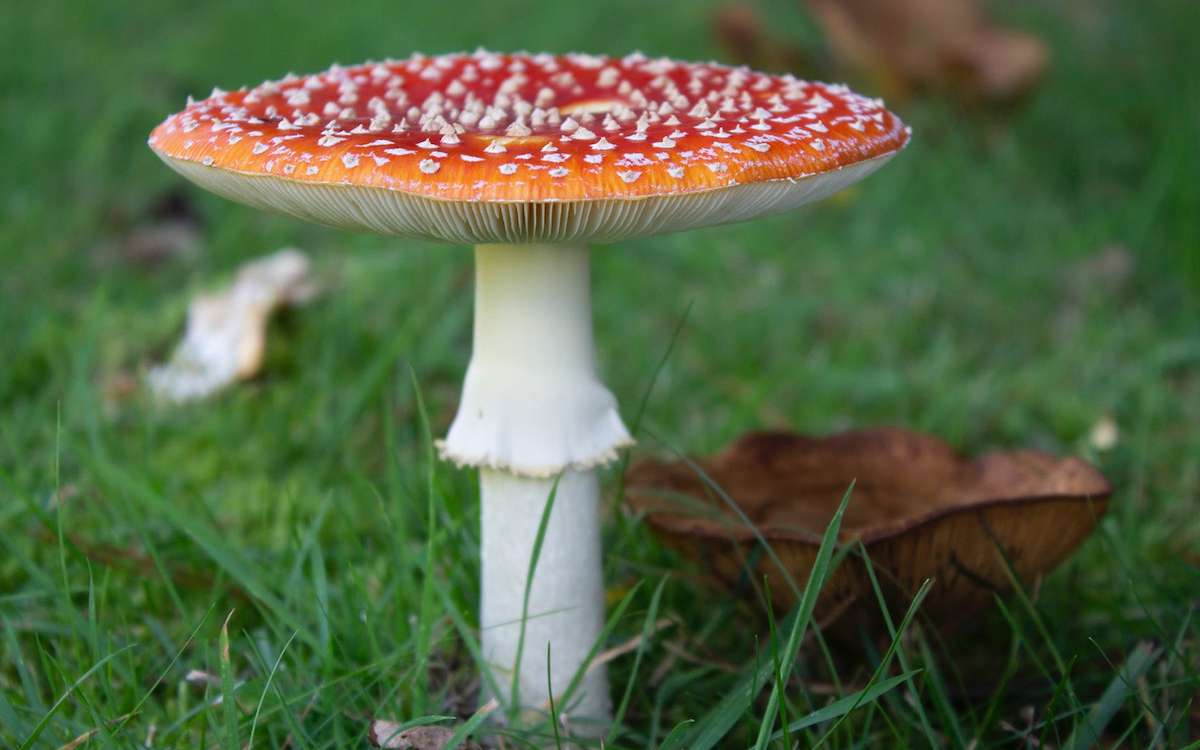 Anna Urnova, General Director of the Moscow Center for Urban Studies, tells how to take technologies from nature and use them to create cycles of waste-free production and consumption.

Most of the products we make and use follow a linear life cycle model, becoming waste when they reach the end of their useful life. Much of what we use every day is designed for single use: 95% of plastic packaging is thrown away after a single use. 12 million tons of plastic are thrown into the ocean every year.

The real alternative is the world of new self-decomposing materials, where during the entire life cycle of the product neither large energy costs nor harmful dyes are needed, but only imagination and understanding of biology and processes in nature are required.

All the biomass around us – living, dying and creating habitats – is a vast and continuous production of materials. There are no landfills in the forests, no sewage in the ocean: organisms know how to get, use, break down substances and use them again. And we can use this knowledge.

To produce plastic packaging, for example, from polystyrene or foam, you need to use oil and natural gas, known for their high-energy extraction methods. When recycling, energy is needed again, otherwise the packaging will decompose in the ground for more than 500 years or float with marine debris in the ocean.

The same package made from mycelium, a composite material based on mycelium, is grown at room temperature on organic agricultural waste, using 40% less energy than plastic production. It requires almost no energy to recycle it: moreover, you can use mycelial waste as a natural fertilizer for agricultural activities: waste from one activity becomes a raw material for another.

So you don’t leave behind toxic chemicals, plastic or other waste, but a fully biodegradable substrate that actually powers natural processes and shapes soils.

Using a mycelium cup instead of a plastic one is not an attempt to destroy the “toxic” material, but an attempt to make it self-degradable: the mycelium is able to “eat” plastic waste and increase the rate of decomposition of plastic masses from 1,000 years to tens.

Whether you grow mycelium bacon or leatherette, you do it animal-free and with a low carbon footprint. Moreover, biomaterials have the potential to be carbon negative as plants and organisms remove CO2 from the atmosphere while they are alive and store it in their cells.

Why is mycelium the supermaterial of the future?

Mycelium is the vegetative root of fungi that absorbs nutrients from organic matter and binds them. The mycelium is similar to the thinnest roots with membranous, branching filaments of cells – hyphae. They form unique networks that can withstand water, decay, internal or external pressure.

Fungi have evolved over millions of years and have learned to build complex and resilient structures: they branch out naturally and intelligently, spreading into any shape, maximizing surface area with minimal waste of energy.

The walls of mycelial cells are reinforced with chitin, from which insect shells are made. Strong cell walls plus a woven structure plus the ability to “self-assemble” – we get the supermaterial of the future. The unique property of the mycelium – to reproduce the “architecture” of a given form – allows us to set any parameters and forms for mushrooms that they will fill out on their own.

There are millions of mushroom species, which means a huge number of possible materials with different potential qualities. Some strains, for example, are able to maintain their shape even after prolonged pressure or bending. Others are able to hold color or show a certain texture.

The properties of the material depend on what kind of substrate mix you have taken, what kind of fungus you are using, and what environmental conditions have been created for growth. In addition, mycelial material can be formed using formwork, as well as additive technologies. By producing, for example, parallel fibers of mycelium that mimic muscle tissue, bacon can be made.

From art objects to mass consumption

Mushrooms have the ability to break down various substances, including harmful waste, and they can help clean up toxic debris and polluted soil. During the London Design Festival, Blast Studio demonstrated the process of eating recycled cardboard cups and pizza boxes with mycelium, from which they immediately “printed” new pieces of furniture using a 3D printer.

Germany has developed a compact 3D printer for nanoprinting
Mushrooms are not yet mainstream, but the growth of this sector will be explosive. Now mycelium production is rapidly developing in the design segment: mycelium is a living being, so it provides endless possibilities for unique author’s items: every time you get new textures and colors, and you don’t have two identical objects.

To obtain the desired color, so as not to poison nature with the by-products of chemical staining, you can use the “living systems” themselves – microorganisms, bacteria that produce the pigment. Bacterial colonies help to color products and customize them by varying the look and growth medium. This approach creates bright interesting patterns, and the result is a product completely created by nature.

Potentially, the technology itself allows growing mycelium materials in volumes that could transform entire industries. Mushrooms can be used for everything from household insulation to furniture and packaging, replacing plastics, styrofoam and other materials that are difficult to recycle and are harmful to the environment.

Mycelium is an alternative to single-use plastic: already today, Ecovative, which has established “mushroom” production on an industrial scale, offers a replacement for items from the packaging and beauty industry, like sponges and slippers – pleasant to the touch mycelium analogues that can be composted at home.

Now on the market for such products you can find interesting niche offers – from soundproofing panels for recording studios to self-decomposing mycelium coffins. Gradually, products based on mycelium penetrate into the field of building materials, for example, flooring.

Pennsylvania State University’s Department of Architecture has come up with the idea of ​​combining mycelium and tensile structures, like ropes, to “grow” large-scale architectural structures that resemble mesh shells and scaffolding. For the first time, architecture is completely biodegradable.

When will mushrooms become mainstream?

Today mushrooms are mainly involved in medicine, health care and the food sector. Now, for example, urban mushroom farms, refrigerators with fresh oyster mushrooms and champignons, which are grown right in restaurants, are in trend. Residents of Korean Seoul grow mushrooms in the basements of their residential buildings, using food waste compost for them.

Down the line: how to live without electricity in the center of Seoul

Over the next few years, we can expect a massive penetration of mycelium-based technologies into other areas of the economy – industry and manufacturing, as well as the fight against pollution, waste and climate change. But to make the production of a mycelium product cost-effective and scalable, it will require integration and collaboration of several industries that will request these materials.

However, much of the mushroom world has yet to be explored. There is such a “megascience” – mycology, which has been neglected for quite some time. Now the research potential is being realized on the basis of university laboratories – in the USA, Great Britain, Holland, a new generation of biodesigners is being formed in such centers, who are able to work not only with the appearance of the product, but also take into account the biological qualities and “habits” of the material. In Russia, such specialists have not yet appeared.

The Moscow Center for Urban Studies has a “green” direction – Ecostation, which is engaged in the sustainable development of territories and businesses. Inside it, we opened the first laboratory in Russia to study the properties of mycelium material for the production of consumer goods, our own 3D printing shop for products and a marketplace.

Today the world is on the verge of a design revolution and a rethinking of the very concept of waste: any residual material can be reintegrated into the circular design process by using its own natural properties. We are not yet exploiting the full potential of the mycelium, which is key in the process of natural “digestion” – converting dead organic matter into nutrients that form the soil, and is involved in the storage of gigatonnes of carbon in this soil. But technologically, a big step has already been taken towards a circular economy, which seeks to reduce the amount of waste to zero, as in nature itself: the “garbage” of one organism becomes the resource of another, and this ecosystem forces each forest to constantly maintain a “metabolism”.