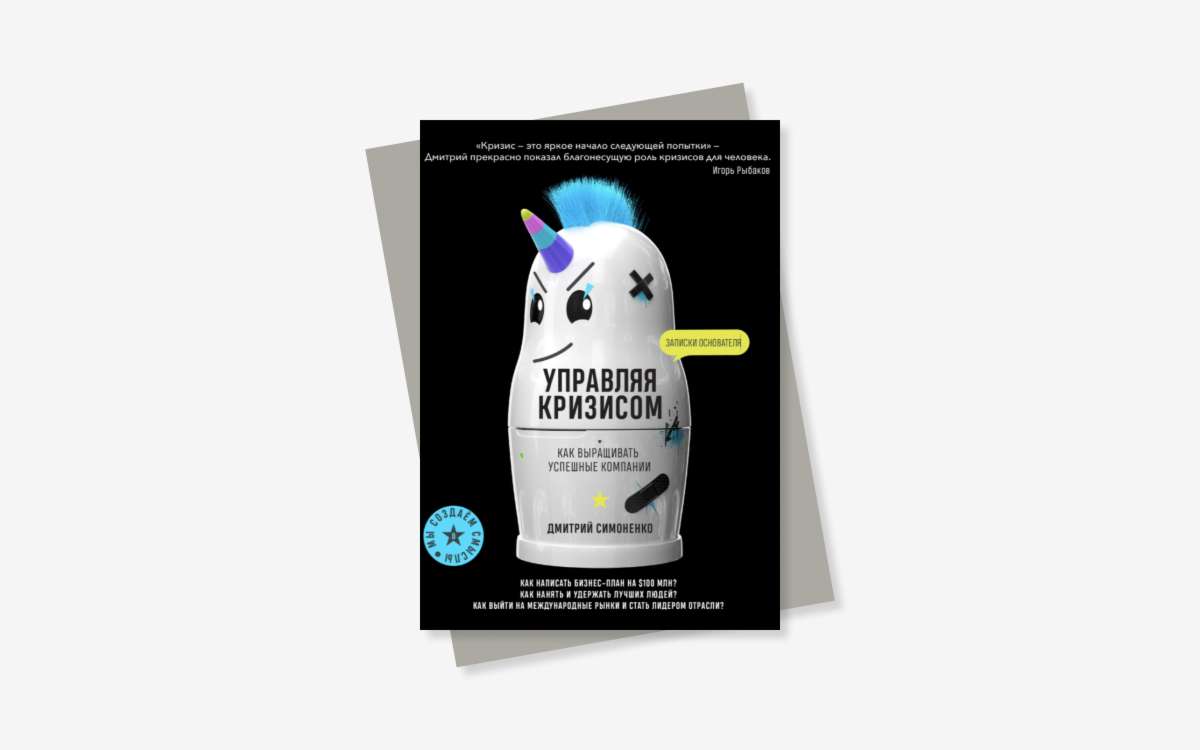 Among the successful projects are Plesk, which occupies 98% of the global server automation market and is estimated at more than $ 1.

6 billion, Innalabs is one of the world’s leading manufacturers of high -precision gyroscopes for aerospace and military equipment (including Google and SpaceX).

Investment quantum: how much money is needed? When you take the first money, I ideally already know when you get the following.

Or at least understand what stage this money will be brought to you.

It is important to be sure that they will be enough to the point when the company comes out in a plus or will be able to attract the next round of investment.

“Take with a margin” is also not worth it.

Too much money is almost as bad as too little.

Especially in the early stages, when the company is still relatively inexpensive, if at this moment to take too much an investment round, then the share of the entrepreneur will be very blurry; He may fall into the situation that in the next round he will have nothing to offer a new investor.

In theory, the company should rise in price as its product is ready and in demand.

But in practice this does not always happen.

The entrepreneur expects that as soon as he releases the product, this will give a qualitatively different assessment of the company and prospects for attracting money.

But in fact, the situation sometimes develops in the opposite way – new investors evaluate it cheaper than the original ones.

Ideally, at the initial stage, you need to take money so that it is enough until a stable financial flow and when larger investors pay attention to the company.

”: how to find an investor in a crisis and not only After the “Death Valley” and the exit to Break-Even (breakdown), several new financing options appear.

As a rule, companies fall on a kind of “plateau”: on the one hand, they earn enough to live, but on the other hand, they do not show rapid growth.

In order to switch to the next level, they need an additional impetus.

For example, the company produces robots.

Production has maximum capacity – for the time being, it is possible to increase the volumes of production due to the more intensive operation of the equipment, but sooner or later it will reach the ceiling.

Further growth requires the construction of new workshops, the purchase of additional or more productive equipment – all this requires serious money.

Of course, you can accumulate them from the current profit, but this will require the time for which a favorable moment can be lost.

The market and competitors will not wait.

Therefore, at this stage, attracting external financing can quickly bring the company to a fundamentally different level.

For example, Plesk did not have such a dependence on investments, because the software industry is arranged differently: the capacities can be increased gradually.

The company had a finished product, and the number of buyers smoothly increased.

Accordingly, it also grew a profit, due to which it was possible to increase customer service commands, expand the backing office, develop and configure the sales infrastructure and user support.

But such extensive growth is far from always possible.

This is a fork: either to grow for its own, if business does not require powerful financial injections, or attract investments and rush up sharply.

In both cases, you can take investors’ money.

Because even a business that moves extensively can use this money, for example, to buy a competitor who has a large base.

It also happens that the company made some kind of product and began to earn it on it.

However, by this time, the entrepreneur understood the market better and realized that he was much more needed by a slightly different product.

Accordingly, if he quickly develops and releases it, then he can win a jackpot.

This is a good stage for investment, because the company, in addition to market knowledge, has a customer base and a certain reputation in the market, so the change or expansion of a grocery line with a high degree of probability will bring success.

Innovation economy Take off or burn out: how the venture investments work Bitrix at one time sold half of its business company 1C.

At the same time, Bitrix was a profitable company, but they went to this deal, because the customer base is endless.

Having sold a share and earnings on this, they sharply increased sales.

They gave part of the business, but took a strong partner to the clip.

This is truly smart money.

Example: How we attracted money in Innalabs Here I can share my own experience – he perfectly illustrates the mistakes that I talked about.

One of the most serious challenges that I once encountered in the Innalabs project was a mistake in determining the volume of necessary investments.

The fact is that I have not taken into account a very long sales cycle that exists in this area.

I was sure that if we make a cool product, then customers would come and buy in any case.

As a result, we made the product excellent and met the deadlines, but I had to wait for money from buyers for almost ten years! Innovation economy Alexander Sobolev: “A successful pilot pays for two years of work with startups” The product sales cycle in industries such as space, aviation, military products are very long.

You are selling a component to which extremely strict requirements are presented and therefore it must pass the cycle of very long and extremely expensive tests.

This circumstance creates the first serious barrier of the market entrance so that the companies at least begin to consider your product, it should give some decisive advantages compared to what they are using now.

Further, if all the initial tests passed beautifully and the promised characteristics were confirmed, they insert this product, in this case – a gyroscope, into the navigation system and test again.

If everything is fine, this navigation unit is inserted into the product itself – a rocket or plane – and tested there.

That is, your product, before it is bought, lives three very long certification stages.

And when it is finally certified, you still have to wait for the government or corporate customers to decide on the purchase of these aircraft.

Accordingly, aircraft builders will launch production, begin to purchase navigation systems, and their manufacturers, respectively, will purchase your gyroscopes.

Only at this stage you will finally see the money.

You can imagine how much time passes from the moment when you showed your product to the potential buyer before the formation of sustainable demand.

But there is a positive moment.

If you still fit into this technological chain, then you will be provided with orders for years to come.

Manufacturers who spent billions on the creation of this aircraft will pay off costs only if they will produce them in thousands.

And even if they begin to develop another model, there is still a chance that for her they will buy your components, because to test and certify new ones, as already mentioned earlier, has long and expensive.

So before the advent of a new technology that promises a significant increase in characteristics, sales are provided to you.

The problem was that then I did not understand this.

As a result, I was stuck in this “death valley” for many years.

My mistake as a businessman was that I did not investigate this market, although, objectively, nothing prevented me from doing this.

For which he paid – I again and again had to raise new rounds of investment in a business that made a cool product, but had no revenue.

What for me, as for the founder of business, meant the constant erosion of my share.

If I could initially, even at the level of idea to convince people to give a lot of money at once to survive until the first sales, then I would be able to save the control package.

But, on the other hand, if I knew about all these nuances “on the shore”, then, most likely, Innalabs would not have arisen at all.

Because I would not lie to investors and shareholders, but if I immediately told them that the return of investments would have to wait ten years, hardly anyone would agree to this.