New directions technologies INC: Not only weapons by DARPA 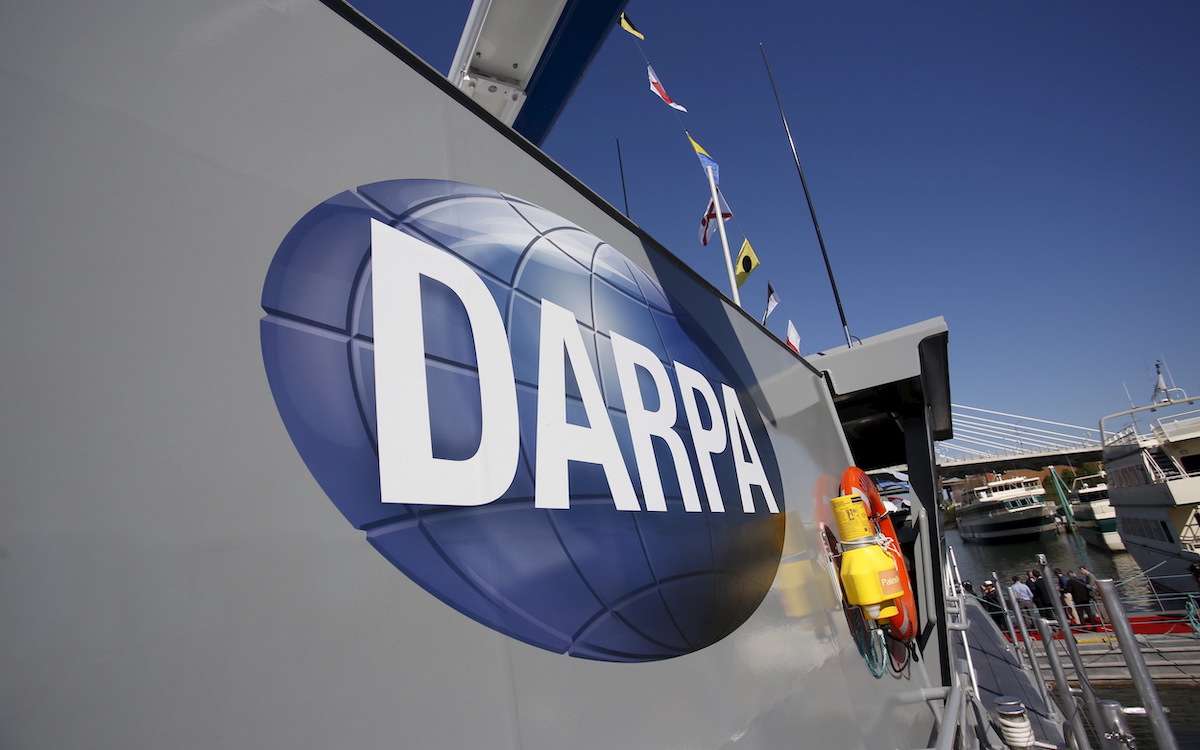 The Defense Advanced Research Projects Agency (DARPA) is actively investing in technology startups. So, with his filing, the Siri assistant and the Tor browser were created. Collected 9 more interesting projects Spacecraft with a nuclear thermal engine

According to the Directorate, the development will be able to overcome the limitations of modern rocket engines: provide high thrust-to-weight ratio and efficient fuel consumption at the same time. The revolutionary technology will increase the ship’s maneuverability and allow faster movement in outer space within the lunar orbit, and later beyond its borders, for example, during a manned flight to Mars. Nuclear propulsion will also help shorten the time it takes to change the orbits of artificial satellites, which can now take weeks.

The more maneuverable a spacecraft is, the easier it is to evade anti-satellite weapons (Photo: DARPA)
General Atomics will develop a preliminary design for the nuclear reactor and propulsion subsystem, while Blue Origin and Lockheed Martin will prepare concepts for the ship’s operating and demonstration systems. The goal of the program is to put the spacecraft into orbit by 2025.

CERBERUS robots for search operations
DARPA- funded CERBERUS robots are designed to search for lost people and objects underground, such as in tunnels and caves. Machines are presented in two versions: ground and air. The first look like animalistic quadrupedal systems that are distinguished by endurance and are able to overcome difficult terrain. Aerial robots are multi-rotors that help to explore spaces that are too narrow or inaccessible to ground systems. Collision resistant models are also available.

For the most effective exploration of the terrain, robots use cameras, laser scanners (LiDAR), accelerometers, gyroscopes and computing devices. In 2021, the CERBERUS team won $2 million in the DARPA Subterranean (SubT) Challenge. This victory will help attract other researchers and new projects to the team, as well as provide an opportunity to replenish the company’s arsenal with new technologies, such as developments in the field of underwater robotics.

CERBERUS robots in an underground tunnel and in urban areas during the SubT Challenge (Photo: CERBERUS)
Marine life for underwater surveillance
In 2018, DARPA first announced the PALS program to use marine life for underwater espionage. The Office later awarded grants totaling $45 million to five research groups: Northrop Grumman, the US Naval Research Laboratory, Florida Atlantic University, Raytheon BBN Technologies, and the University of Maryland Center for Environmental Sciences. The scientists’ attention was drawn to the behavior of shrimp, grouper fish, sea bass and bioluminescent plankton, which changed with the advent of manned and unmanned underwater vehicles.

The researchers set out to study the reactions of marine organisms and classify the signals and behavior so that they can be tracked and transmitted to the military in the future (Photo: DARPA)
The scientists analyzed the acoustic signals emitted by the shrimp, the optical activity of bioluminescent organisms, and the speed and depth of the dive of the fish. A combination of hydrophones, sonars, cameras, and other sensors were used to collect data. Going forward, PALS systems will be able to distinguish between target vehicles and other irritants such as debris and marine organisms to limit false positives. This will help military personnel protect coasts and harbors from ocean drones, submarines and other enemy vehicles.

Injections and drops with antibodies against COVID-19
Sorrento Therapeutics has won a $34 million contract to develop anti-COVID-19 antibody drugs for intramuscular injection and nasal drops. It is assumed that both drugs will allow you to quickly protect yourself from the virus: vaccinated patients will develop immunity to coronavirus within a few days after the injection. Using drops will stop the infection at a very early stage in the nasal passages before it has time to spread further. If trials are successful, the drugs could provide an alternative method of protecting populations for which conventional vaccines do not work as well, such as the elderly or those with weakened immune systems.

Giant Tunnel Worm Robot
GE Research has received a $2.5 million grant from the DARPA Underminer program. With this money, the engineers were supposed to develop a new technology that would allow them to quickly build underground tunnels in combat conditions. The ultimate goal is a robot that can dig passages at a speed of 10 cm/sec. To develop the prototype, the GE team took earthworms’ natural ability to move through soil and combined them with the latest advances in robotics. As a result, scientists have created a large segmented soft robot, the “muscles” of which mimic the hydrostatic skeleton of invertebrates. On the “head” of the robot is a tool for loosening the soil.

Seven “muscles” with fluid inside swell and elongate, mimicking the movements of an earthworm
The scientists are working to equip the robot with sensors to enable it to function autonomously underground: the worm will use ultrasonic technology to assess its environment to make its way across rough terrain. Such a machine can save people’s lives, helping, for example, to transfer medicines and water to people under the rubble.

Processor invulnerable to hackers
Scientists at the University of Michigan have designed and tested a new Morpheus computer processor that randomly changes its basic structure. To stop attacks by hackers, it turns the system into a puzzle: the commands executed by the processor or the format of the program’s data change randomly.

The Morpheus processor, located under the fan, encrypts and rearranges the bits of code and data 20 times per second (Photo: University of Michigan)
The processor was created as part of the FETT project funded by DARPA. The agency first published the results of this program in January 2021: Morpheus successfully dealt with attacks by more than 500 cybersecurity professionals who were offered tens of thousands of dollars to hack the system in a Bug Bounty competition.

AI for the treatment of diseases of the spinal cord
Intel is working with Brown University to develop artificial intelligence that can restore motor activity in patients with spinal cord injuries. DARPA supported this collaboration with a $6.3 million grant through the Intelligent Spine Interface Project. The new program combines neurotechnologies, AI and biological sensors and opens up the possibility of overcoming the most severe consequences of injuries, including paralysis. During the research, scientists will record motor and sensory signals from the spinal cord and use artificial neural networks to figure out how to stimulate the damaged area to transmit motor commands.

It is supposed to create a “bypass” for the spinal cord by implanting electrodes on both sides of the damaged area and transmitting electrical signals through it (Photo: intel.com)
Rhode Island hospital researchers and surgeons will help implant electrodes in volunteers with spinal cord injuries. The transmission of motor commands between different parts of the mechanism is expected to improve over time as it uses Intel’s self-learning neural network.

Robot Cassie for help around the house
In 2017, Oregon State University scientists and Agility Robotics released the bipedal robot Cassie . The machine was developed under the guidance of robotics professor Jonathan Hirst with a $1 million DARPA grant. The creators combined the experience of biomechanics and modern approaches to controlling robots with new machine learning tools. Cassie learned to run using a reinforcement algorithm, in which the system under test learns skills by interacting with the environment. Running in open areas requires the ability to maintain balance, so in order to stay upright while moving, the robot has learned to adapt endlessly to changing terrain. In 2021, Cassie walked 5 km across campus on a single battery charge.

The developers envision the cars being used to deliver packages and eventually help around the house (Photo: Oregon State University)
Construction on the surface of the moon
In 2021, DARPA announced the NOM4D program aimed at developing technologies that will allow the construction of large objects in Earth orbit and on the surface of the Moon. Modern rockets impose restrictions on the mass and volume of cargo they can deliver, which prevents the deployment of extraterrestrial large-scale stations. As part of the project, engineers hope to create building concepts that can be implemented in space and will be able to withstand maneuvers, eclipses, damage and thermal cycles that are characteristic of the space and lunar environment.